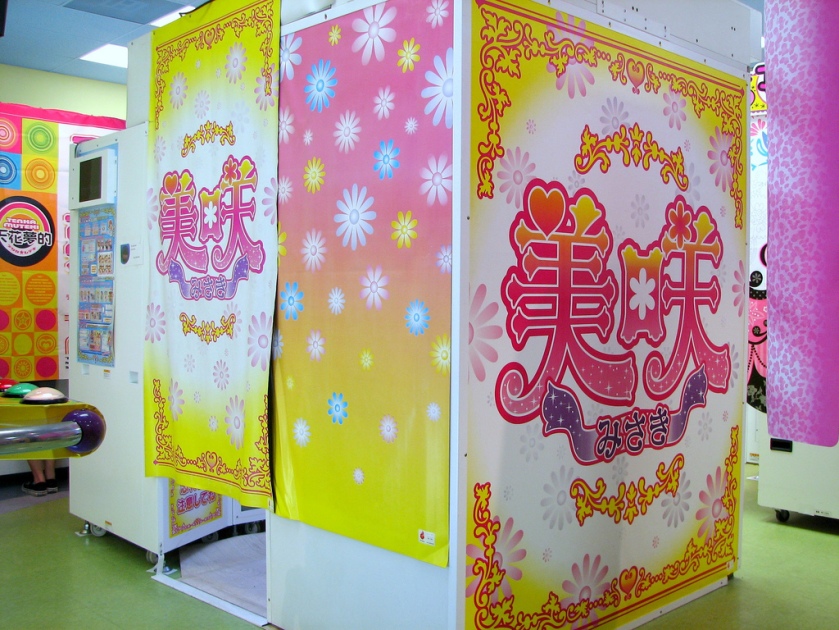 If you have been to Shibuya or Shinjuku, you must have seen girls going to photo booths to take Purikura. Purikura is a shortened version of “Print Club.” In a Purikura photo, the girls come out with enlarged and anime-like eyes, smooth skin, and extremely long and skinny legs. How they appear in a Purikura seal is different from what they actually look like. And they are satisfied with this. They even praise each other because of how cute they seem in the photo.

I was one of those girls when I was in high school. I dropped by Shinjuku to take Purikura almost every time I went out. My friends and I were obsessed with the way we looked in Purikura.

Why is Purikura so popular among young Japanese girls, particularly those in high school?

Purikura started in the 1990s. Back then, it was different. You could only take black and white pictures, and Purikura did not really modify your face and body. It was used to etch memories in a seal. Over the years, Purikura transformed into a technology that could lighten skin color and, in 2006, enlarge the eyes. It could also make skin look smooth. Around this time, Purikura used white women or “hafu,” those who are half Japanese and (most of the time) half Western, in its advertisements. This boosted the popularity of Purikura. There is no doubt that large eyes, white skin, and long legs are what the Japanese envision white women to possess, and that Western standards of beauty have influenced how the Japanese want to look like. As such, so many girls are attracted to Purikura because it has helped us be what we consider beautiful.

From a functionalist perspective, a study by Kagoshima University sheds light on the uses and functions of Purikura in society. In the study, high school girls were asked what they would do with Purikura. A number of them (47%) said that they would leave it after having taken the photo. Some (37%) said that they would stick Purikura on their notebooks. Others (7%) would exchange Purikura with their friends. While the results show that the girls take Purikura because they want to do something with it, the main function of the seal perhaps, is to make the girls satisfied with their looks.