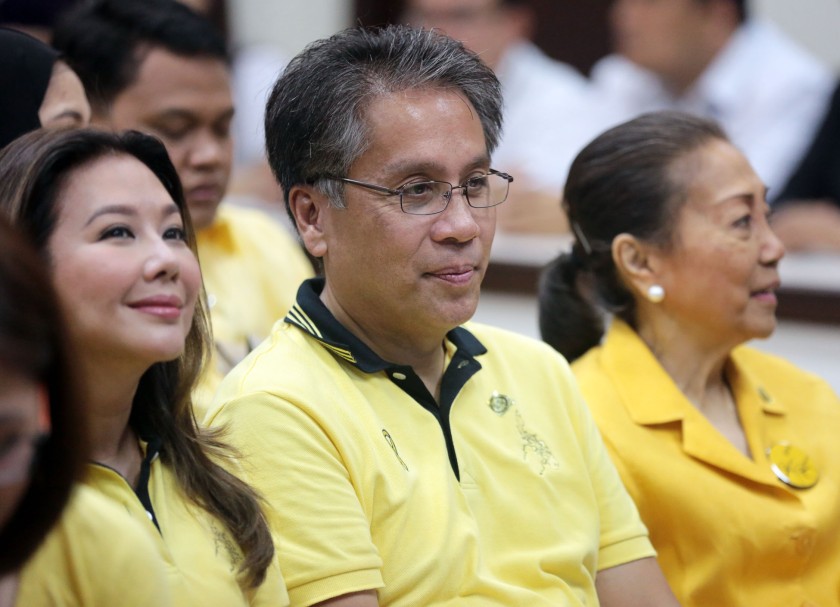 Impression management is at play in all aspects of everyday life, but it is especially apparent in situations where one could make significant gains, say, a job interview, of which the presidential campaign can be likened. In these instances, the use of ideas places prominently in the candidates’ presentation of self. And in the recently concluded 2016 Presidential Debates in Cagayan De Oro City, administration standard bearer Mar Roxas endeavored to sell himself by vouching for the continuation of the administration’s goal of “Tuwid na Daan” (straight path) and adopting its ideals as his own, despite divergent views from the public.

For critics and those in the opposition, Tuwid na Daan symbolizes hypocrisy at its finest, wherein the staunchest enemies of the administration are persecuted under charges of corruption and incompetence while its allies are never properly investigated. For supporters, it marks an era of good governance, one that will ultimately resolve the most pressing problems of the country.

During the debate, Mar Roxas strove to respond to Tuwid na Daan’s perceived inadequacies while at the same time highlighting its supposed achievements.  Roxas’ presentation of self in these circumstances can be understood by considering how power is negotiated in Philippine politics. Lucian Pye (1985:122) says that in the Philippines, “everyone assumes that those in power will be helpful to somebody: cynicism mounts when it is assumed that only the few are benefiting; and idealism takes over when it is believed that the brokering is fair and generous to the many.”

We are then presented with two ways of analyzing Roxas’ impression management in the debate. First, we can look at the negative perceptions of “Tuwid na Daan” and how Roxas responded to such cynicism. Second, we can interrogate the ways by which Roxas portrays the “fair and generous brokering” of Tuwid na Daan.

Tuwid na Daan was conceptualized in 2009 as a platform of governance for the presidential and vice-presidential candidacies of the then-opposition Liberal Party’s Noynoy Aquino and Mar Roxas, respectively. The formulation of such policy came towards the end of then-president Gloria Macapagal-Arroyo’s (PGMA) term of office, which was mired by corruption scandals that include the supposed fraudulent 2004 presidential elections and the NBN-ZTE deal, among many others. The Liberal Party banked on these cases by portraying Tuwid na Daan as a collective policy aimed at resolving the problems caused by PGMA’s administration.

Tuwid na Daan also has its share of critics. First, it was accused of gravely worsening the state of Metro Manila’s Metro Rail Transit 3 (MRT 3). Calls have been made to hold Mar Roxas, who was initially appointed as Secretary of the Department of Transportation and Communication (DOTC), accountable.  The dire state of the MRT 3, which so many Metro Manila residents rely on for their daily commute, gives off the impression that Mar Roxas and his successor, Secretary Jun Abaya (a high-ranking official of the Liberal Party), had been negligent in their duties.

Second, the Tuwid na Daan administration was also accused of bungling rehabilitation efforts in the aftermath of Typhoon Yolanda. During this time, Roxas had already been transferred from DOTC to his post as Secretary of the Department of Interior and Local Government (DILG) and ex-officio member of the National Disaster Risk Reduction and Management Council (NDRRMC). Roxas was then one of the officials present in the areas affected by the natural calamity. Instead of helping facilitate rehabilitation efforts, he was caught on camera antagonizing Tacloban City Mayor Romualdez, bringing up the mayor’s supposed political differences with President Aquino’s family, thereby sowing disunity in the midst of a national catastrophe.

During the debates, Mar Roxas took the opportunity to respond to the alleged shortcomings of Tuwid na Daan by invoking the ideal characteristics that he believed were expected of him. First, he repelled accusations of negligence for the MRT’s issues by pinning the blame on the train’s private contractors. He also used the alleged anomalous conduct of the contractors as the reason for discontinuing agreements with them. In focusing on the termination of the MRT contracts with inept contractors, he is implying that he did not/will not allow public transit to be compromised by private servicers. He is stressing his, and Tuwid na Daan’s, fairness and generosity to the commuters, perhaps at the expense of private service providers.

With regard to Roxas’ supposed incompetence and insincerity in the aftermath of Yolanda, he stated that:

“Ang Yolanda ang pinakamalakas na bagyo sa kasaysayan ng mundo. Ang buong gobyerno ay nandoon. Nandoon ako bago, habang at pagkatapos ng bagyo. Hindi ako bumitaw hangga’t nag-stabilize ang sitwasyon at hindi ako katulad ng iba na dumating at nag-helicopter, nagturista, umalis at marami na ngayong sinasabi” (Yolanda is the most powerful storm in world history. The government was there. I was there before, during, and after the storm. I never left until the situation stabilized, unlike others who arrived via helicopter, acted like a tourist, left suddenly, and are now saying a lot).

This statement points to Roxas’ reliance on the record-breaking typhoon and its devastating effects to muffle the shortcomings of the government. He shows off his sincerity to the victims by highlighting his presence in such a critical period and emphasizing his refusal to capitalize on the events for political gain or media mileage.

During the Presidential Debates, Mar Roxas attempted to address cynicism towards Tuwid na Daan and his candidacy by framing his (and the government’s) efforts as fair and generous. It is still unclear whether his impression management has succeeded in convincing Filipino voters that he possesses the ideal characteristics. We would have to wait until the May 2016 elections.