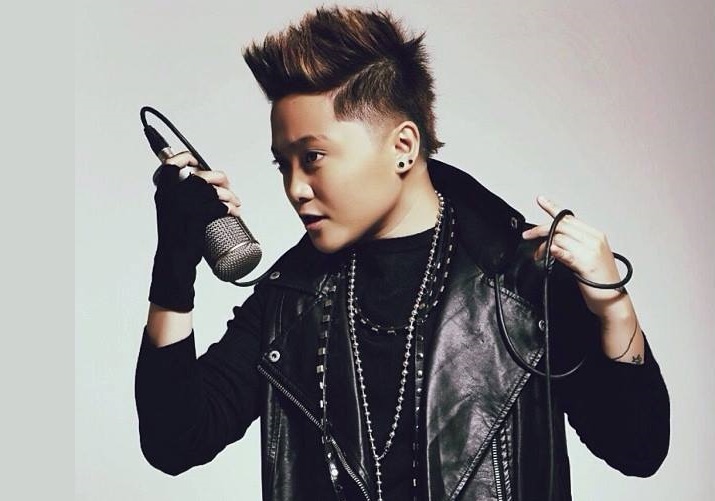 Many Filipinos will be familiar with the rags to riches story of the little 13 year old girl, Charice, who rose from poverty to bring pride to the Philippines. Her powerful vocals mesmerized millions of people all over the world through You Tube videos of her posted on the Internet. Such exposure scored her a recording contract abroad and gave her the opportunity to meet famous and powerful women in the United States, including Ellen Degeneres and Oprah Winfrey. However, within this little girl’s innocence was a burning desire to stay true to herself – to let out a secret. Despite Charice’s career success, she trembled with fear for the first time as she admitted in front of millions of people, “Opo, tomboy po ako” (Yes, I am a lesbian). In the process of saying this, she once again shook the world with her voice, stirring often severe reactions from certain groups of people.

When Charice said she was a tomboy, it must be noted that she was acknowledging two things – her uniqueness with regard to both gender and sexual orientation. While gender refers to culturally prescribed characteristics, behaviors, and interests appropriate for men and women (being masculine or feminine), sexual orientation refers to one’s attraction to another person (being homosexual, heterosexual, or bisexuals, for instance). In the Philippines, however, the terms “bakla” (gay) or “tomboy” (lesbian) do not seem to distinguish between these two important concepts. Thus, the term bakla is assigned to a biological male who is either feminine, homosexual (attracted to the same sex), or both. Conversely, a biological female who is either masculine, homosexual, or both, will be referred to as tomboy.

Incidentally, for Charice, no distinction between gender and sexual orientation is made. This is because Charice happens to be “different” in both ways, as she is considered both masculine and homosexual with regard to gender and sexual orientation. Charice is a tomboy in the sense that she does not meet society’s standards of what a biological female should be in the Philippine context – she is not  feminine. This is reflected, for example, in her wardrobe choices, which fans consider to be manly. In addition, Charice is also attracted to the same sex, as she openly dates Alyssa Quijano, a biological female, thereby making her a tomboy with regard to her sexual orientation and preferences. These two factors contribute to why Charice may be different.

While people easily misjudge Charice for her difference, rarely do people take into the account the individual experiences that she has gone through. Indeed, as human beings, nature and nurture work together to form who we are. So what were the nature and nurture aspects in Charice’s life context? It was recently revealed that her mother was likewise a lesbian, which would make some wonder about whether or not Charice may have inherited biological tendencies from her mother. At the same time, others would look into the idea that Charice was merely influenced by her environment to adopt a “male figure” because her father has been absent since she was 3 years old. Charice, therefore, had to learn from her own experiences how to become the “breadwinner” and the “provider” of her family. In effect, some would say that this may have led her to become the way she is now: very masculine, even different.

However, when we talk about difference, it is inevitable not to talk about the idea of social stratification, which means that certain groups of people receive more, or less, of society’s resources than others. For example, in a patriarchal society like the Philippines, traditional gender roles, as well as employment and income figures, reveal how women are less privileged than men, and those who are considered different, those labeled tomboy or bakla, are even less so. They experience another layer of discrimination because of their sexual orientation. For example, Charice said that she almost lost her part in an animated film when they found out that she was a lesbian. In that regard, it can be seen how society is generally not accepting of people who are different.

But perhaps, in showing that she is different, Charice is providing an invitation for everyone to see gender differently. Indeed, we are always performing gender in our everyday interactions. For example, a biological female who enters the girl’s restroom is unconsciously doing gender because she is reinforcing the present structures that distinguish between males and females; do men and women really need separate restrooms when they both can simply use the same restroom to eliminate waste? Only when one goes against the flow do we start to realize that the “right” way may not necessarily be the only way.

By setting an example, Charice is the difference that makes the difference because she challenges her audience to not just “do gender,” but to do it “wrong.” This is because the more we do gender the wrong way, the more we stretch the possibilities of gender to the point of effecting social change.

In this light, Charice demonstrates that we are all just different. And in knowing this, we should go beyond ourselves and see gender as a process that we do everyday, rather than as an individual attribute of a single person. Think of this: if everyone were to do gender the wrong way repetitively, what would happen? Perhaps then it would no longer matter what one’s gender is (masculine, feminine, tomboy, bakla, etc.).  Perhaps in the process, we would inadvertently surface the idea that we are all similar because we are all just human beings. This is why Charice is the difference that makes the difference. Her coming out challenges people around her to rethink what it really means to do gender.