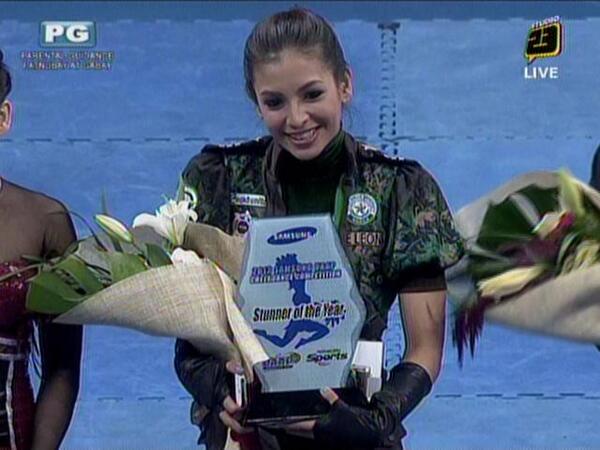 What does it take to be the “face” of the UAAP cheerdance competition? Apparently, you need to be female and pretty. No Samsung “stunner” competition exists for males. If there was a special award for men in such a sports competition, it would probably be one that would recognize physical ability. This shows the ways by which our society ‘looks at’ men and women. Men are praised for what they can do. Cheerdancing is usually seen as a feminine sport yet women just have to be pretty. In the process, they can become objectified not only by men but also by other women.

Furthermore, what is beautiful for us? Looking at past winners of the Samsung stunner, standards of beauty usually reflect light skin. Just consider all the popular actors and actresses in the country. Will a dark-skinned, kinky-haired, flat-nosed person ever make it as a beauty icon? Will women be more than just objects of a man’s gaze? Does this speak of our colonial standards of beauty and traditional notions of women?