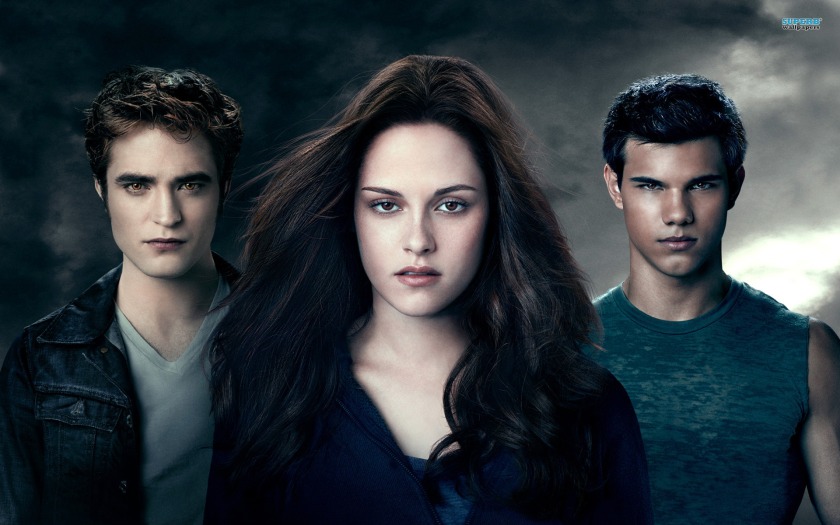 How many of you are still rooting for Jacob? Do you think a werewolf is a better match for a human? While everybody is engrossed with recent movies such as Man of Steel, Despicable Me 2, Pacific Rim, and The Wolverine, the Twilight Saga remains a favorite subject of sociological interest because it deals with issues of deviance, social integration, stratification.

Stratification, or the division of society into a hierarchy of groups with unequal access to resources, power, and prestige, is a common feature of many modern societies. In the Twilight Saga, we see how the town of Forks is divided into three basic groups: humans, vampires, and werewolves. Just like in real life, these groups are highly stratified, but the stratification present seems to create some sort of social order in the town.  This shows how group stratification has functions for society.  In sociology and anthropology, the perspective of functionalism sees society as a system of parts that function for the well-being of the whole. From a functionalist perspective then, two questions can be asked in looking at the Twilight Saga: (1) What is the function of the grouping (among humans, vampires, and werewolves) to society? and (2) How does the grouping maintain social order?

One of the main functions of the grouping of humans, vampires, and werewolves is to instill a sense of identity and belonging among the group’s members, thus fostering a sense of solidarity. For example, the Cullen family kept to themselves all of the time and did not mingle with those from outside their group. The human students therefore, imagined them to be dating one another. At the same time, the werewolves were also a highly integrated group. They would spend all of their time together and fiercely protected members of the clan. When Jacob was hurt in a battle, the werewolves immediately came to his aid.  However, humans treated them differently because they were deemed to be descendants of a North American ethnic group.  The humans thus imagined them to be less different than the Cullens.

Given the functions and purposes of the groupings, how did it maintain social order? The groupings enabled members to define boundaries between each group. Vampires should not reveal themselves to humans or else, the Volturi (a family of vampires who enforce the rules for vampires) will kill them. Werewolves also segregated themselves from humans by living in the woods.  While this physical demarcation of identities stems from an intentional pact between the werewolves and the vampires that they will not harm humans or one another, it did reduce the tendency for conflict. Vampires and werewolves had fewer chances of attacking humans and humans can live normal lives in the town.

It is important to note, at this point, that stratification also has negative consequences, or what Robert Merton calls dysfunction.  In the film, certain role dysfunctions occurred when the three groups came into contact with one another. The vampires, upon seeing human blood, were constantly tempted to eat humans. During Bella’s 18th birthday, Jasper Cullen nearly attacked Bella when she drew blood while opening presents.  Jasper’s brother, Edward, pushed him away, and this put a temporary strain on all the members of the Cullen family.  Vampires also began to encroach on werewolf territory, putting werewolves on the attack.

One seemingly major source of dysfunction in the film was the love triangle between a vampire (Edward), a werewolf (Jacob), and a human (Bella). This love triangle resulted in frequent competitions, not only between Edward and Jacob, but among the vampires and werewolves as well. Such competition left Bella worried and stressed.

Despite these dysfunctions, the groups were still able to restore equilibrium. The first instance was the pact, or peace treaty, signed between the werewolves and Carlisle Cullen. The second was when the werewolves and the vampires discovered a common enemy – the other vampires who continued to attack humans and who later focused on attacking Bella. Hence, Edward and Jacob began working together to protect Bella from danger.

While it may be exciting to choose between Jacob and Edward because one might seem braver, more handsome, and wealthier than the other, looking at the situation from a functionalist perspective gives us an understanding of how these differences are made and maintained through the system of stratification in Forks.   ­